So today, I will be recommending you all Top 10 Manhwa and Manhwa with 100+ chapters, so let’s start our list. 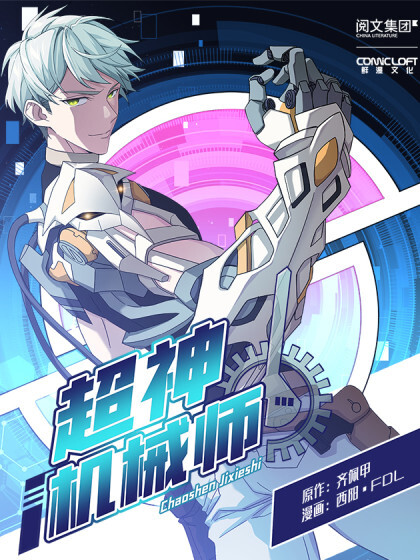 Starting with the list, Legendary Mechanic, this Manhwa is with more than 100 chapters.

The protagonist Hang Xiao was a very high level player of the game “Galaxy”. However, later he dies unexpectedly during a quest and gets transmitted to the game world 10 year before its release and becomes an NPC that was doomed to die.

Now in order survive, he chooses the mechanic occupation and uses his knowledge of the game to become stronger than ever.

The art of this Manhwa is good and its story is also decent. The MC is weak at the start but uses his knowledge become stronger. He is also quite smart and keeps a low profile until he becomes strong enough.

9. Record of the War God 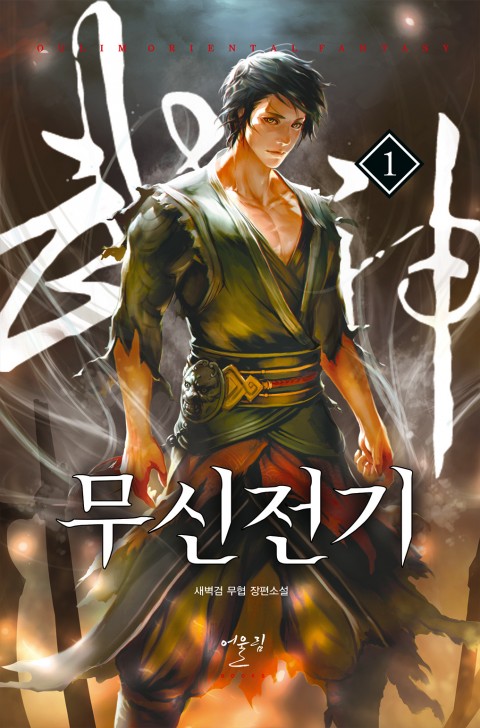 The protagonist Mu Soh Wol, was one of the strong martial artists who was considered dead by everyone. However, he returns 20 years after his disappearance, in order to stop the cults who are aiming to dominate the Midlands.

This is the story of how the legend of war god that had been forgotten in time begins once more.

Both the art and the story of this Manhwa was decent. The MC is strong right from the start and defeats most of his enemies without any problem.

The side characters are not written that nicely and most of them disappear just after a few chapters.

However, the fight scenes are drawn quite nicely and are also very thrilling. So, if you are looking for a Manhwa filled with action scenes, then make sure to check this one.

8. The King of Misfortune

If you are looking for a Manhwa with more than 100 chapters, then make sure to check this one. Lin Xiong Chen was an unlucky guy who was cursed a bad luck for most of his life and due to this reason he gets cast aside by everyone at his school.

However, all of this changes when Xiong Chen gets possessed by a demonic spirit who teaches him how to turn the wheels of fate around to his benefit.

The art and the story of this Manhwa is good. In order to counter his misfortune the MC masters has the ability reflectively dodge danger that come his way.

The side characters are a bit annoying and they always create trouble the MC.

The story is also filled with comedy scenes and and the situations that characters create which will definitely make you laugh. 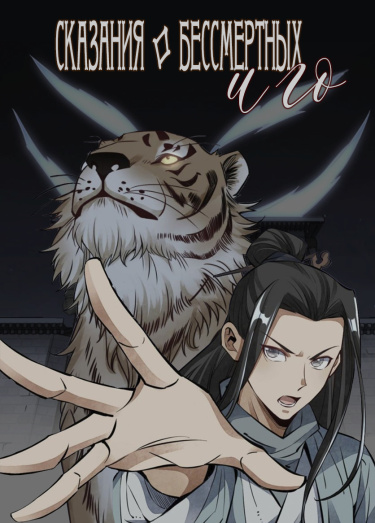 This is a pretty long Manhwa with more than 100 chapters,  Ji Yuan was camping outside with people of his company.

While collecting firewood, he comes across an old chessboard and after making a move he returns back to camping site, only to find out that he had been missing for half a month. He suddenly collapses and finds himself in his death bed in the hospital.

However, rather than dying he gets reincarnated in a cultivation world as a beggar.

The art of this Manhwa is good and its story also quite decent . The MC has a special power that allows him to see other people’s fates, which he uses to help other people. The side characters are also written quite nicely and all of them have unique personalities.

There are also no cliché scenes in this Manhwa and the story becomes more interesting after a few chapters.

After the return of the spirit energy on Earth, everyone did their best to capture every strands of it, and train their body.

However, Lu Shu  was the only one who was not interested in absorbing spirit energy because he had a negative emotion system, that made him stronger by taunting others.

Both the art and the story of this Manhwa is good. The MC is weak at the start but turns strong really quickly. He is also very smart and never lets go off any opportunity that comes his way.

The comedy scenes of this Manhwa are also very funny and they will keep entertaining you throughout the story. 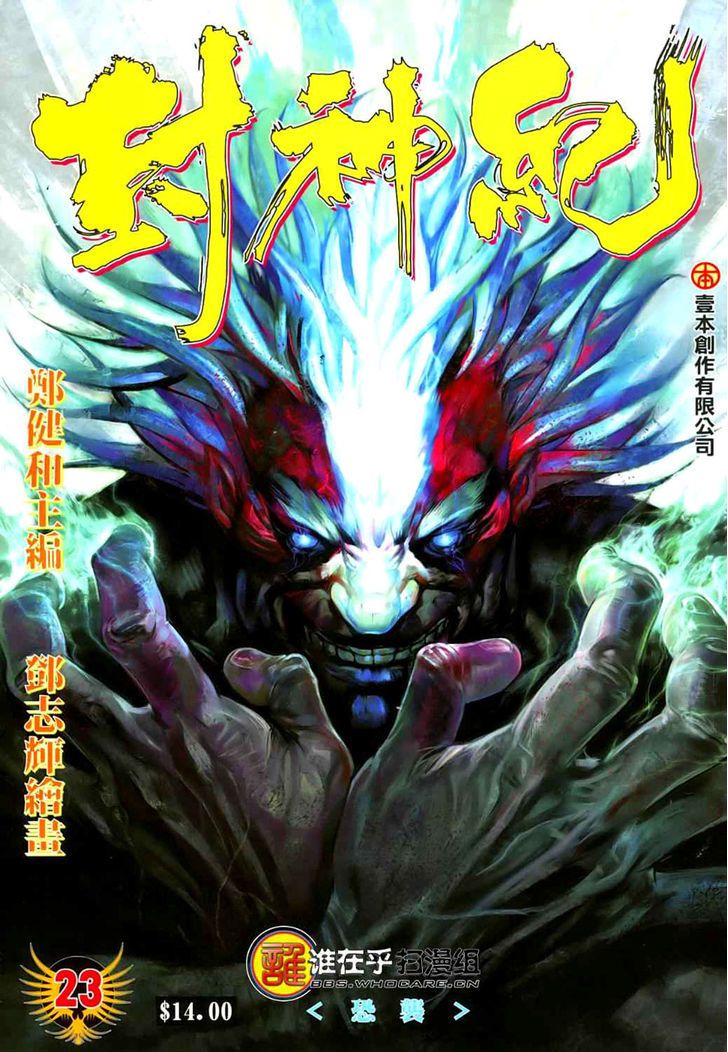 The Great Shang Dynasty had been in power many years because of the god’s protection.

But instead of submitting to the god’s will, the new emperor resolve to overthrow them and free humanity. However, this meant not only will he face the all-powerful gods but all people serving under him.

The art of this Manhwa is a bit old fashioned but amazing and despite being a bit slow paced its story very interesting though this Manhwa is with more than 100 chapters.

The MC is coward at the start but, he goes through character development and becomes a badass prince as the story progresses.

However, This Manhwa contain much text information so, if you’re a fan of reading too much then this might be for you.

You may also like : Manhwa where MC has the cheat ability! 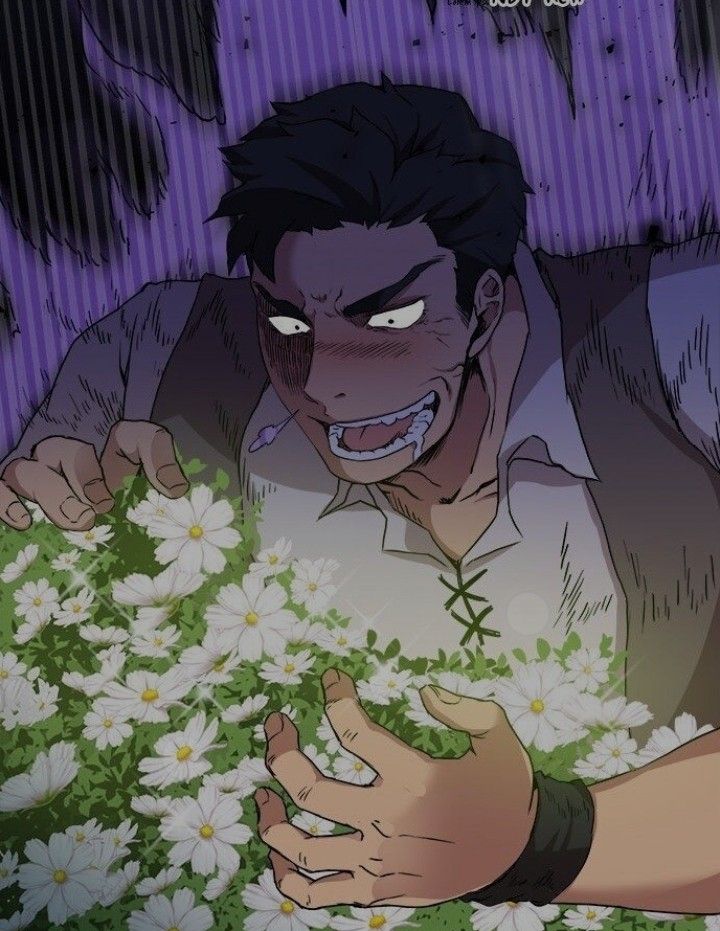 The protagonist Jae-Ho was a strong man, who was built like a fighter and always carried a fearsome expression. However, despite his looks, he liked flowers more than anything else and wanted to become florist.

Unfortunately, his father was against it, as he wanted Jae-Ho to become a MMA fighter. But all of this changes when Jae-Ho enters the VR game called “New World”. Where he finally had a chance to chase his dreams and become what he couldn’t in real life.

The art of this Manhwa is amazing and its story is  also pretty good. The MC gets one of the strongest class in the game and becomes super strong really quickly. However, the story is wholesome with very few action scenes.

So, if you are looking for a Manhwa with a lot of fight scenes, then this one might not be for you. 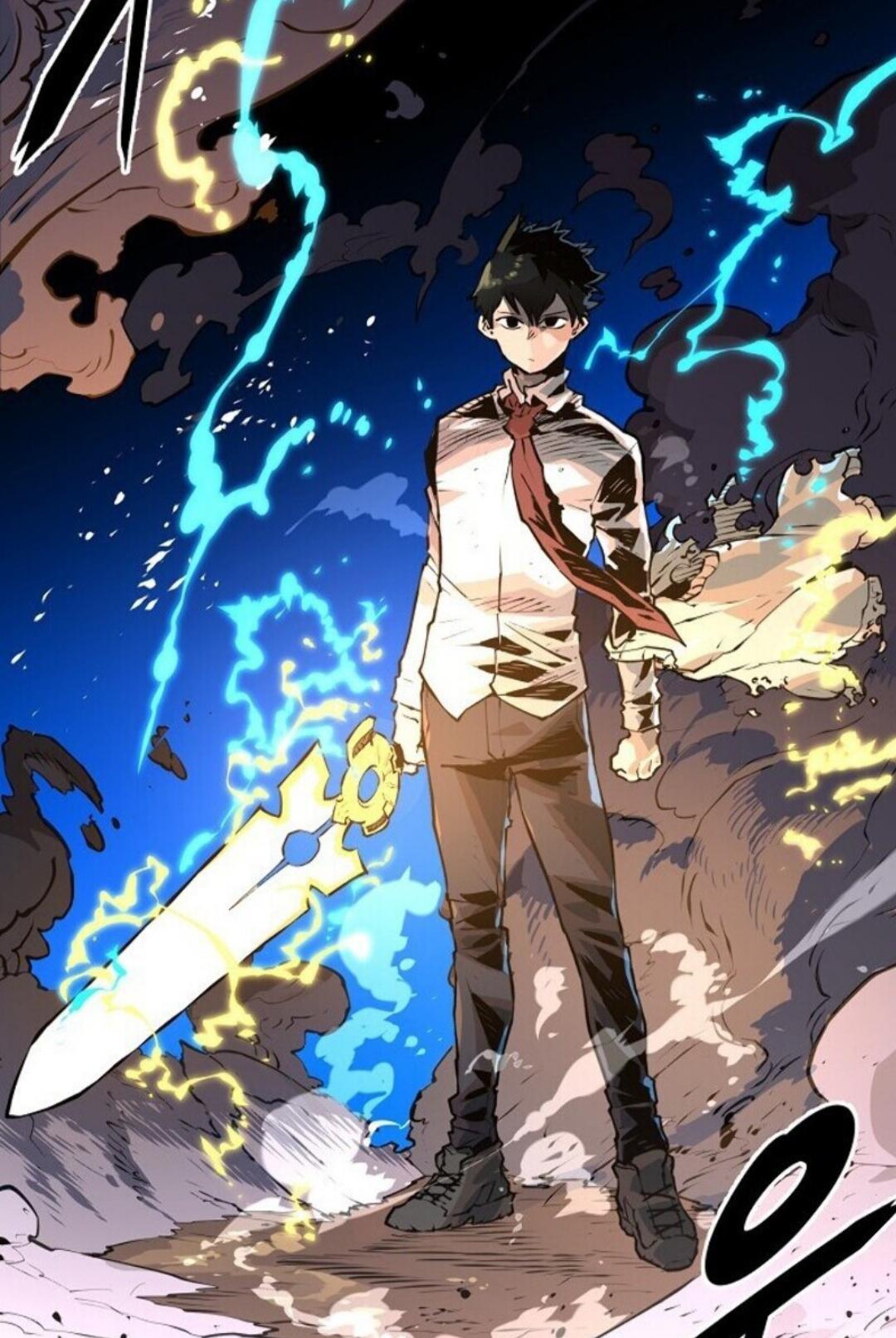 Here comes the Top 3 Manhwa with more than 100 chapters. In this Manhwa, the MC Heo Seol-Jin was an introvert with no friends, he was loser at school who was trash at everything he did.

But his life changes completely after posting a comment about becoming the MC of a famous webtoon. Later, he gets summoned in the world of webtoon, but dies just a few moments after arriving.

However, he gets a second chance and gets resurrected by the god of that world, who tells children to become a player.

Both the art and the story of this Manhwa is quite good. The MC is a coward and a weakling at the start but, he slowly goes through character development and trains hard and become stronger. The side characters are also quite good and they help the MC to become even stronger. 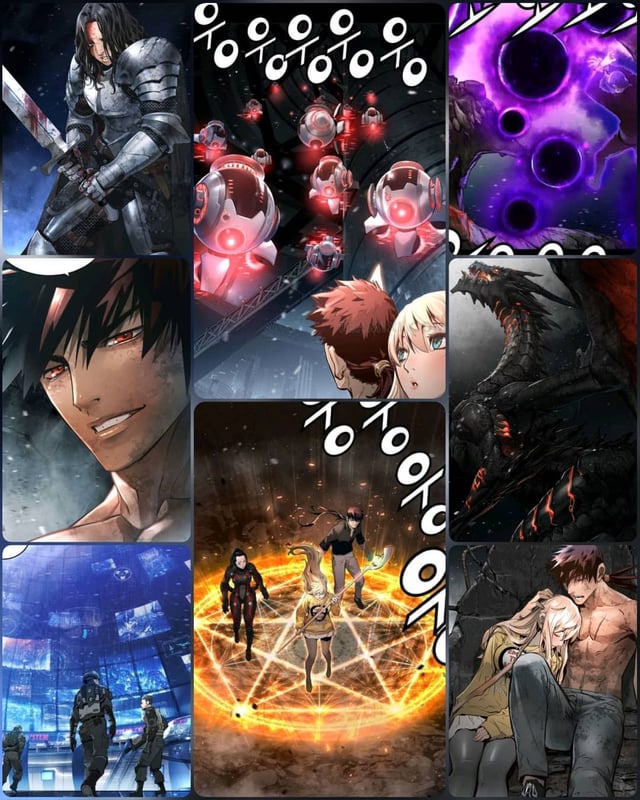 Gang Wu-Jin was one of the strong person of Murim, who was fighting the demonic leader to save the Murim from his domination. However, during their battle Wu-Jin accidentally gets transported to a different futuristic world along with a powerful magician girl named Emily from a fantasy world.

The art of this Manhwa is amazing, its story is also quite good. The MC is overpowered right from the start and defeats most of his enemies without any problem.

The side characters are a bit annoying at at the start, but they get better later in the story. The action scenes of this Manhwa are also quite good.

So, if you haven’t read it till now then I’ll recommend you to give it a read. 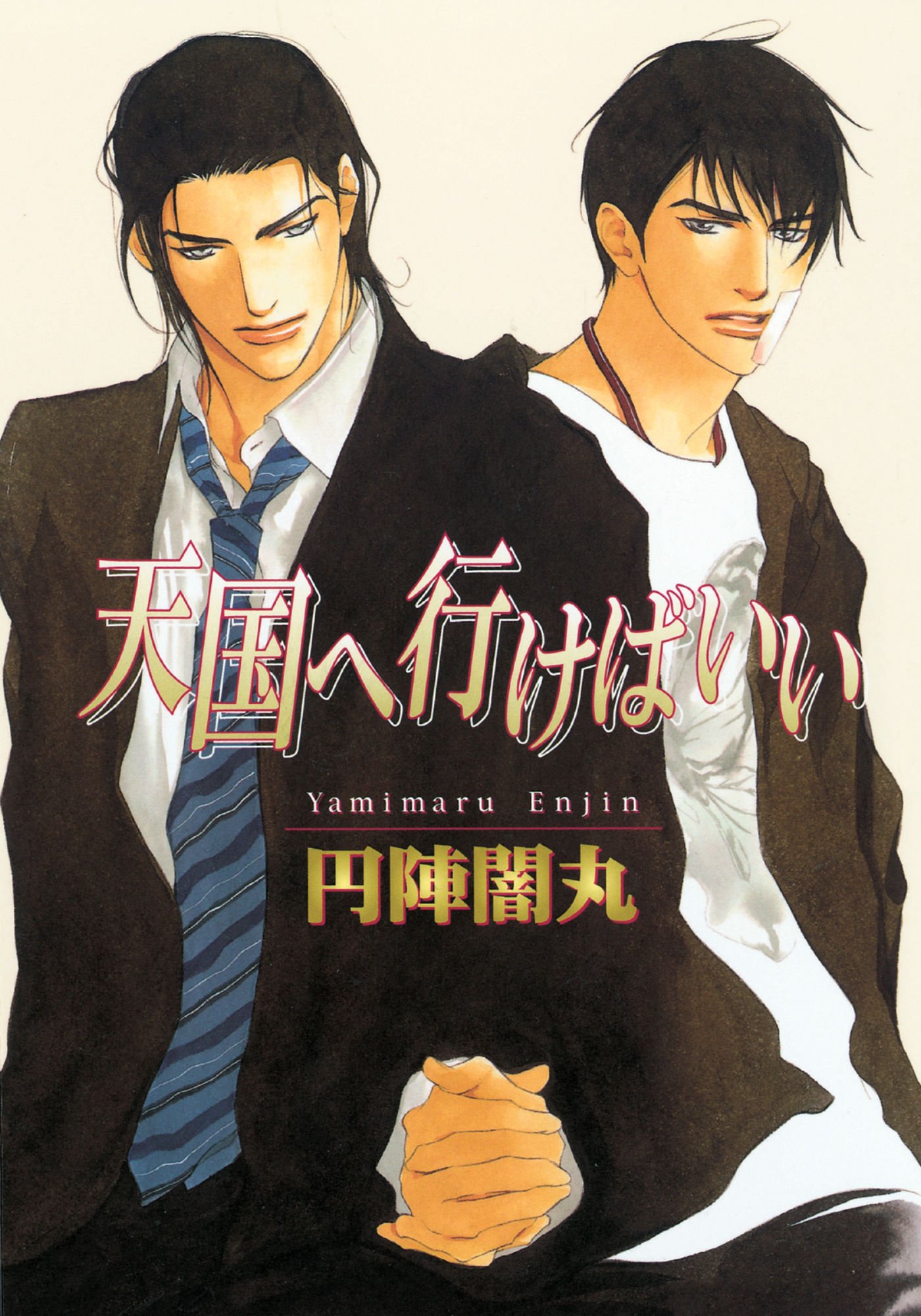 The number 1 Manhwa with more than 100 chapters. In this Manhwa, a boy Jinmu Shin Mo was an orphan who lived with his siblings while struggling to even afford food and clothes. His life changes completely when he meets a mysterious old lady, who claimed to be his grandmother.

However, this old lady was actually a martial grandmaster, who had lost her memories due to a rare diseases. Later, she begins training Shin Mo after recognizing his talent and so begins journey of a poor boy who was destine reach the pinnacle of power.

The story this Manhwa is really good and its art might be average at the start but gets much better at the later chapter. The MC trains hard and slowly becomes stronger. He goes through character development and learns over to protect the people near him.

The side characters are well written and the fight scenes are also quite thrilling. So, if you haven’t read it till now then I highly recommend you to give it a try.

This is the list of Top 10 Manhwa with more than 100 chapters which are worth reading.

That’s it for the day. Thank You!