Everybody knows that Studio Ghibli is basically the Disney of Anime, universally beloved by viewers of all ages with exquisitely crafted tales of love, loss, and personal growth. But there’s so much more to the weird, wild world of Anime than Studio Ghibli.

So, today we’re gonna run down some of the greatest Non-Studio Ghibli Anime Movies to see before you hen-die. 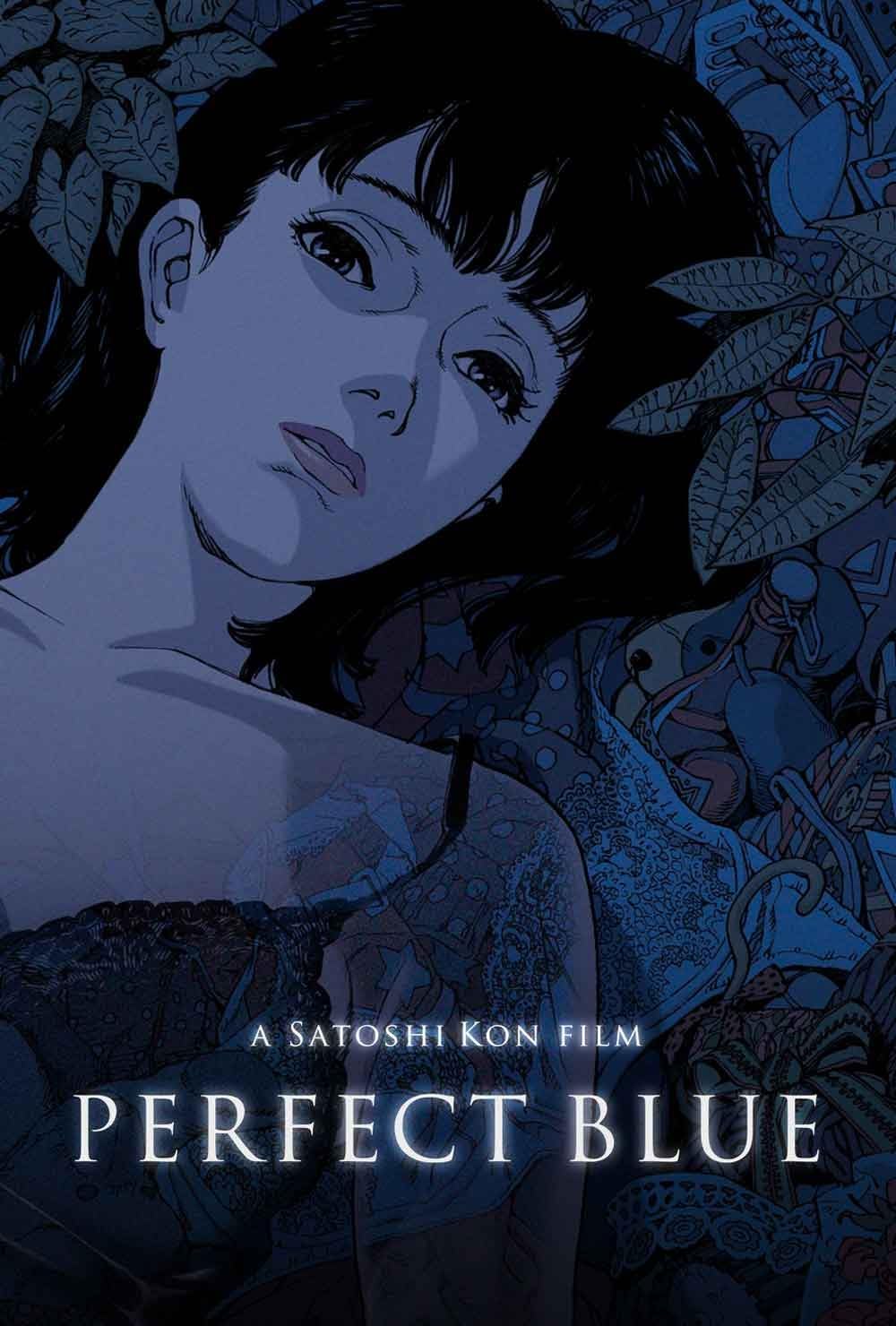 Starting with, this Satoshi Kon masterpiece, it’s straight up just one of the best non-studio ghibli Anime movie. It’s the story of a pop star named Mima Kirigoe, who gives up her career in music to pursue an acting career. Now, not all of her fans take kindly to this change, and one in particular begins stalking her.

The psychological thriller takes a turn for the seriously creepy though, when people on set start getting brutally murdered. To make matters worse, Mima thinks that she might be responsible, and the lines between fiction and reality begins to blur for her in a seriously alarming way.

Kind a like, what happens to me the night after I wake up after ordering a large pepperoni pizza, and it’s all gone. Who ate it? 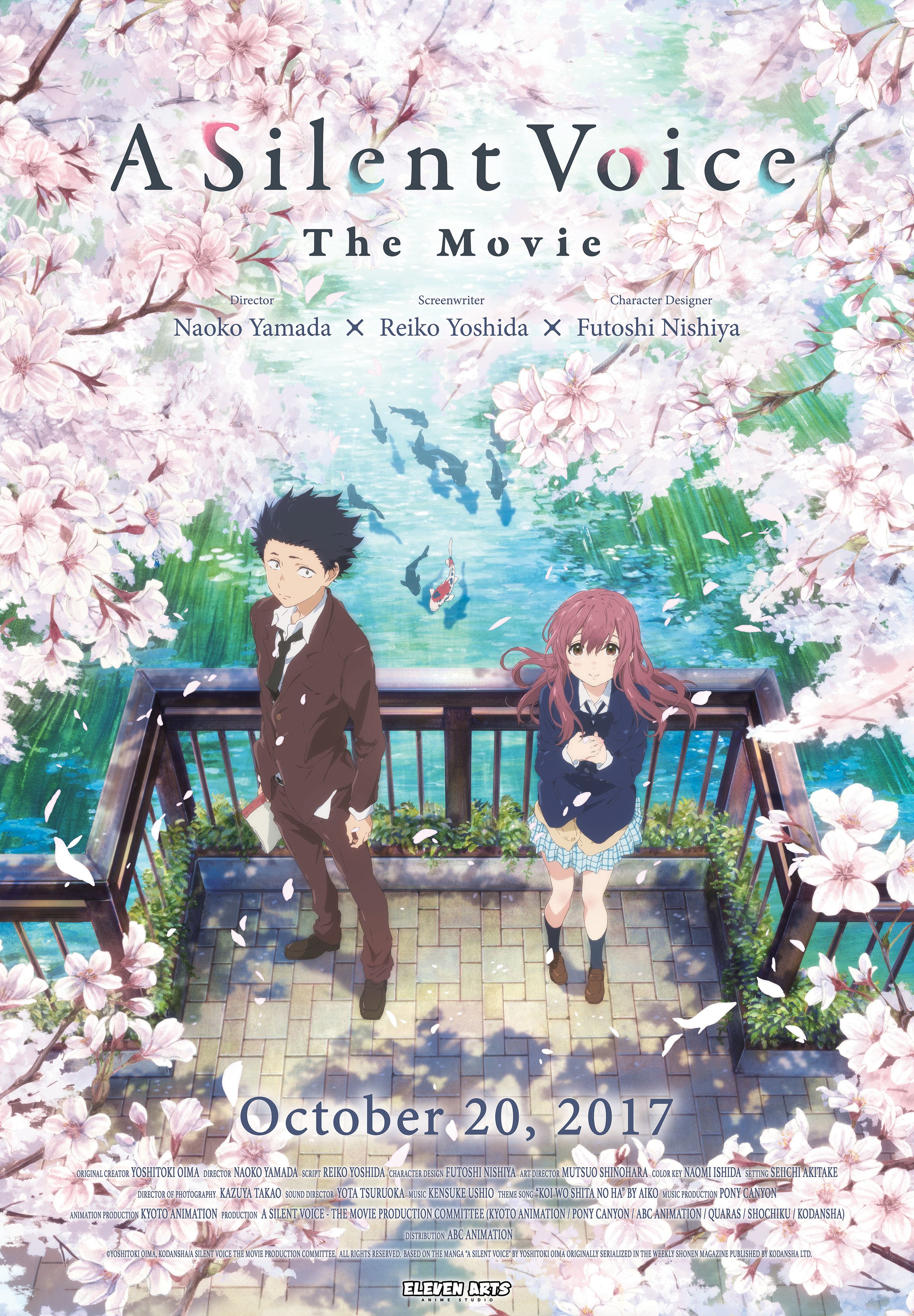 Now, we’ve all done things in our past that we regret, but how many of us actually take meaningful action to make amends for our past transgressions? Well, such is the core theme of A Silent Voice, in which third-year high school student Shoya Ishida is haunted by the horrible things he did in his youth. He’s forced to confront these things when he’s reunited with Shoko Nishimiya, a deaf girl who he mercilessly bullied in elementary school and caused her to eventually transfer schools.

What follows is a genuinely heartwarming story about a young man coming into his own and seeking to right the wrongs for which he is responsible. It’s an examination of the long-lasting effects of bullying from both perspectives, and that quite frankly, sounds like a film the world needs to see right about now. 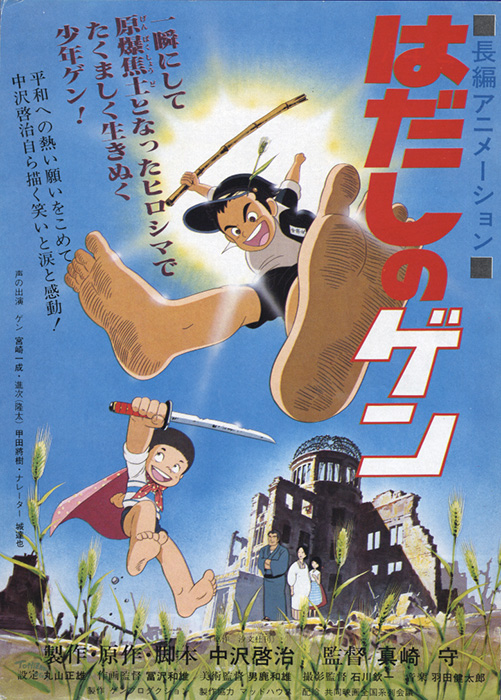 While many of you have likely seen the simultaneously heartwarming and soul-crushing Grave of the Fireflies from Studio Ghibli, far more of you haven’t seen the brutal and unflinching Barefoot Gen, which showcases the horrific realities of World War II and the bombing of Hiroshima from the perspective of a child chronicling his firsthand experience of this unbridled devastation.

Keep a box of tissues nearby and let yourself have the ugliest cry in ages, but don’t you dare look away because this is an important piece of history that must not be allowed to repeat itself under any circumstances. 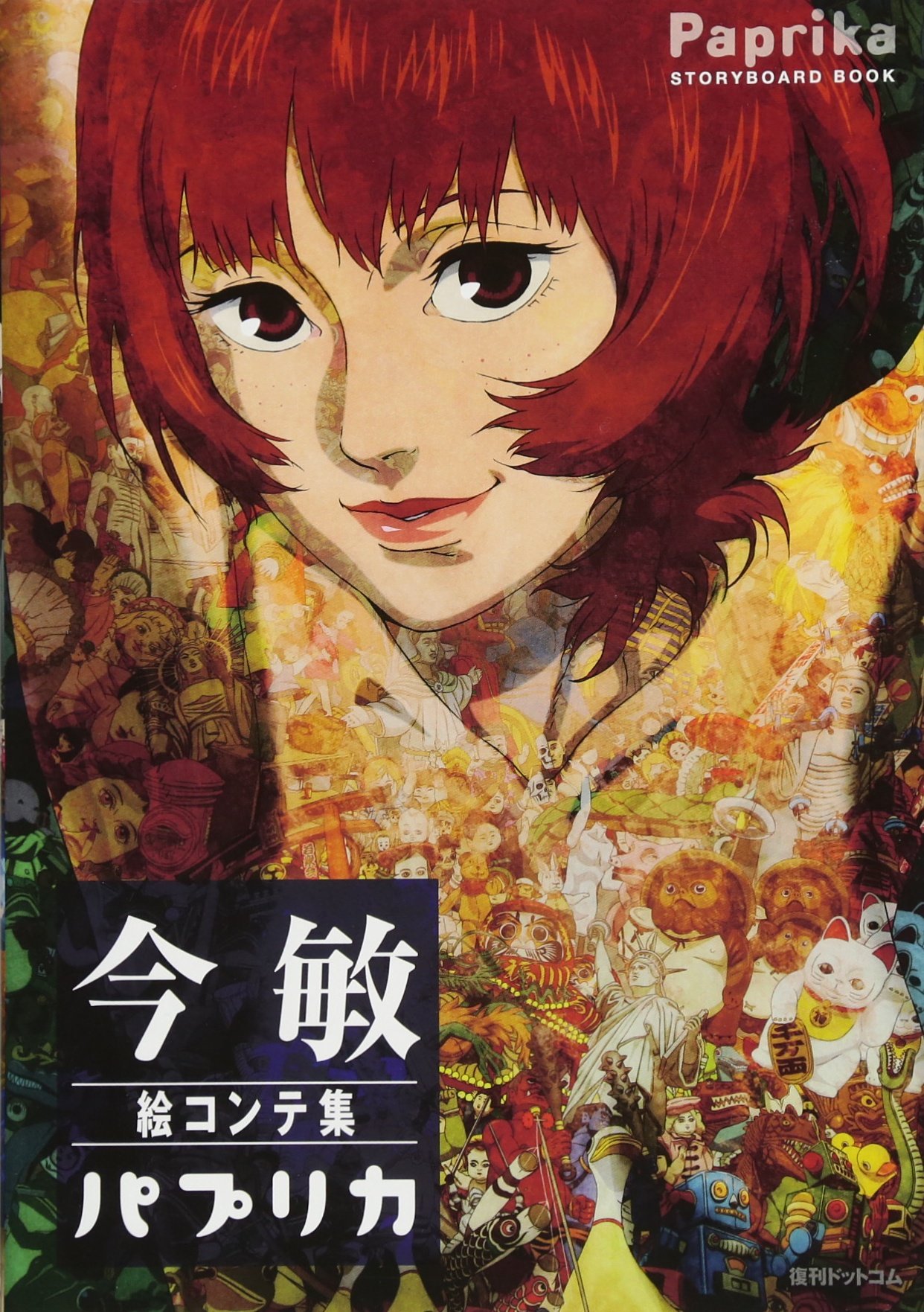 This non-studio ghibli anime movie, the final film of Satoshi Kon makes Inception look like baby town Frolics, and it beat Christopher Nolan to the punch by a solid four years. Paprika tells the story of a near-future world where scientists have developed a revolutionary new therapy technique called “Dream Therapy“.

By using a small device, doctors can see their patients’ dreams and even alter their subconscious from within. One doctor, adopting the dream persona of Paprika. A literal Manic Pixie Dream Girl, begins using the dream machine illegally to help patients outside the facility.

Everything is going well and good until the machine is stolen and reality and dreams begin to merge in terrifying ways, you know, like they do. What follows is a mind-bending head trip of a movie that should induce a Pavlovian response in anyone who enjoyed Persona 5, Inception, or their freshman year psychology course. 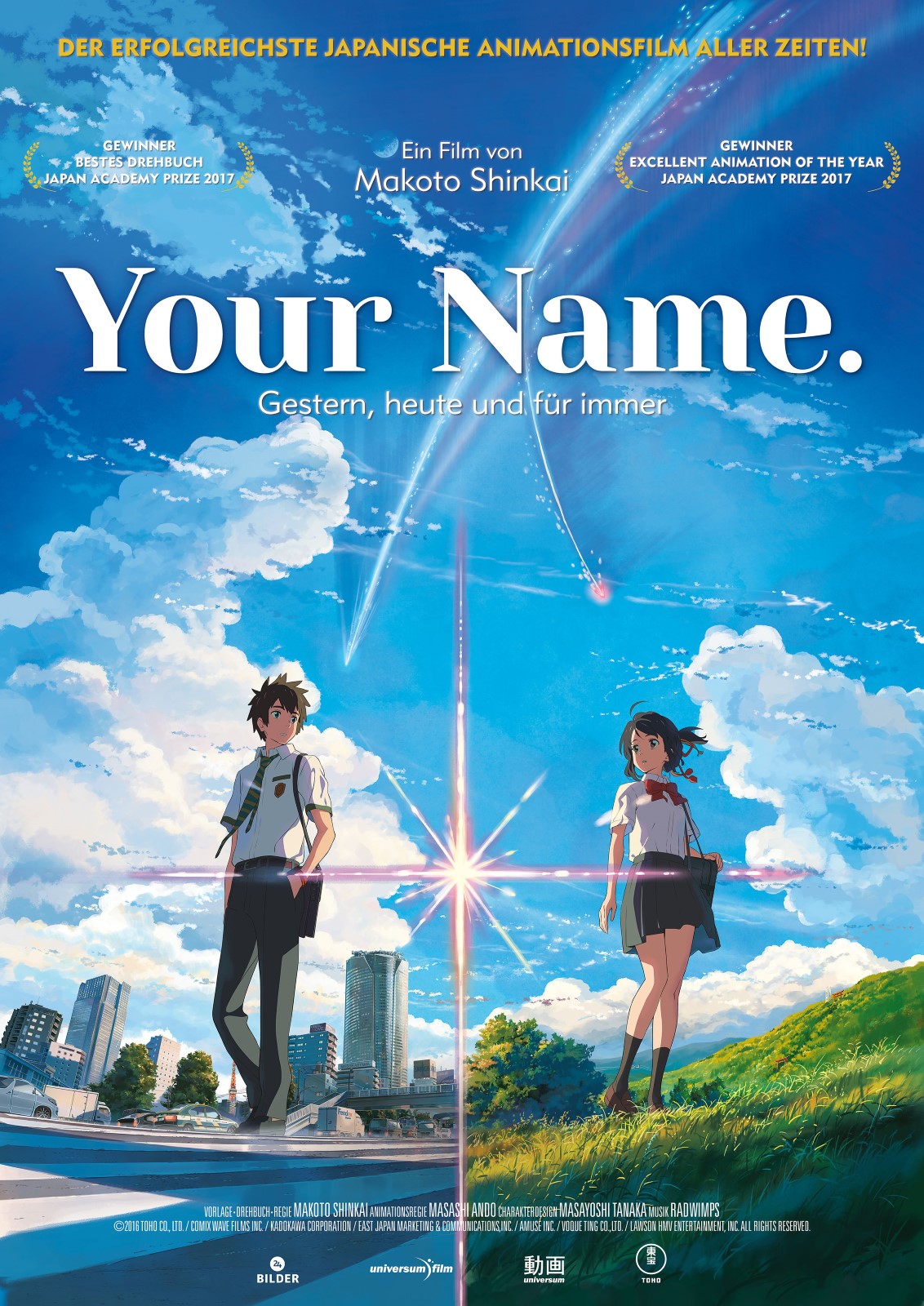 One of the best non-studio Ghibli anime movie of 2016. Your Name is a beautifully told, bittersweet sci-fi love story about two high schoolers, Mitsuha, a girl living in rural Japan, and Taki, a boy living in Tokyo, who wake up one morning to find that they’ve switched bodies despite never having met. Yikes! They wake up in their own bodies the next day, but it keeps happening at random intervals over the days and months ahead.

Over the course of their Freaky Friday situation, they learn to communicate and help each other improve their lives and even begin to fall for one another. What follows, though, no one will see coming, and it’s something that I dare not spoil here because, after having four tiny wines on an international flight, this movie destroyed me in the best way possible.

7. The Boy and the Beast 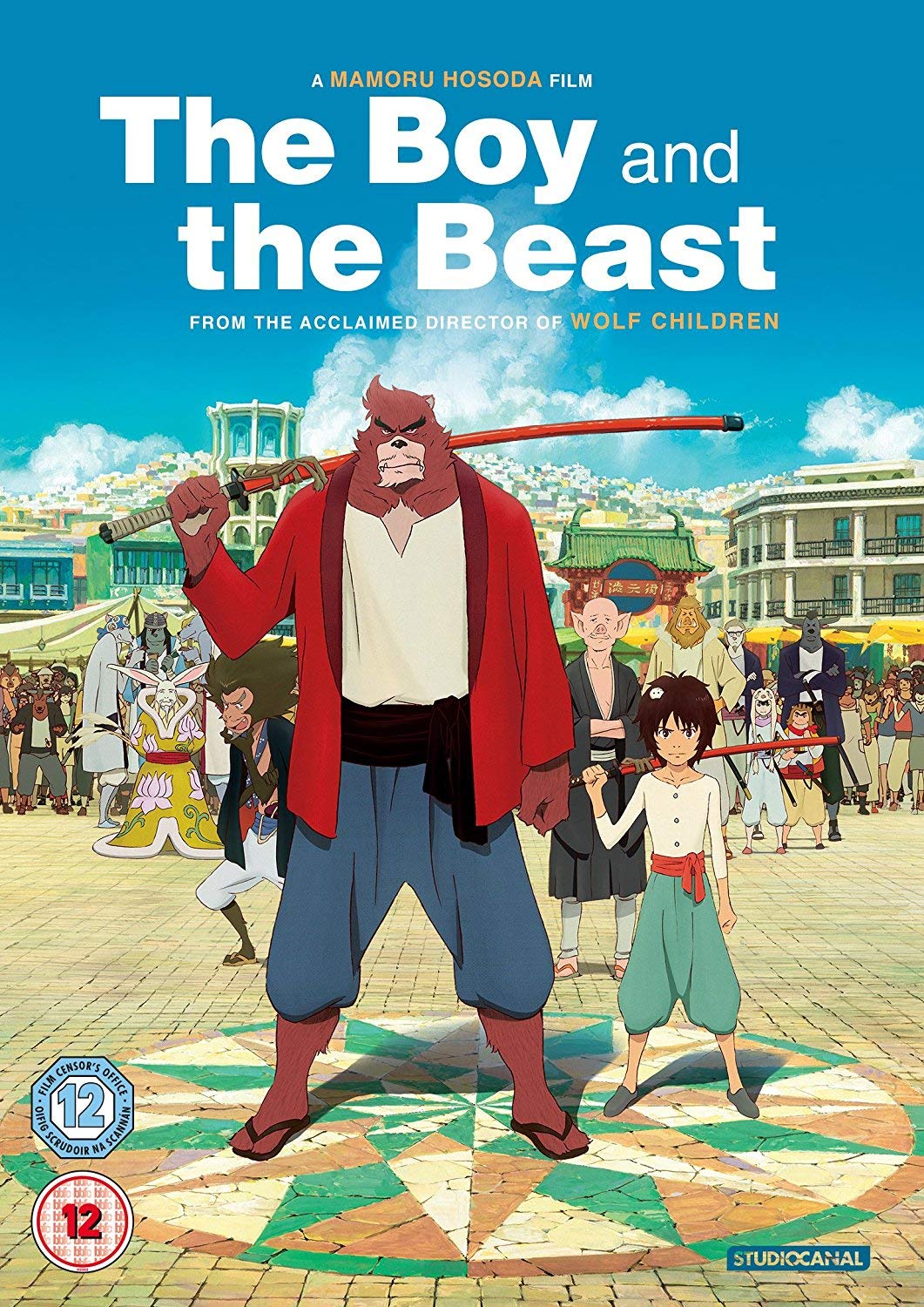 An orphaned boy doesn’t quite fit in with the rest of society. He runs away from his home, only to find himself caught up in a fantastical world full of monsters, mystery, and mayhem. Once there, he must learn an important lesson about himself and grow up in the process.

It’s a tale as old as time and one executed beautifully by Mamoru Hosoda’s, The Boy and the Beast, which at its core, is a story about two outsiders, an orphan named Ren and a loud mouthed, surly warrior beast named Kumatetsu who are trying to carve out an identity for themselves in a world where they quite don’t feel like they fit in. 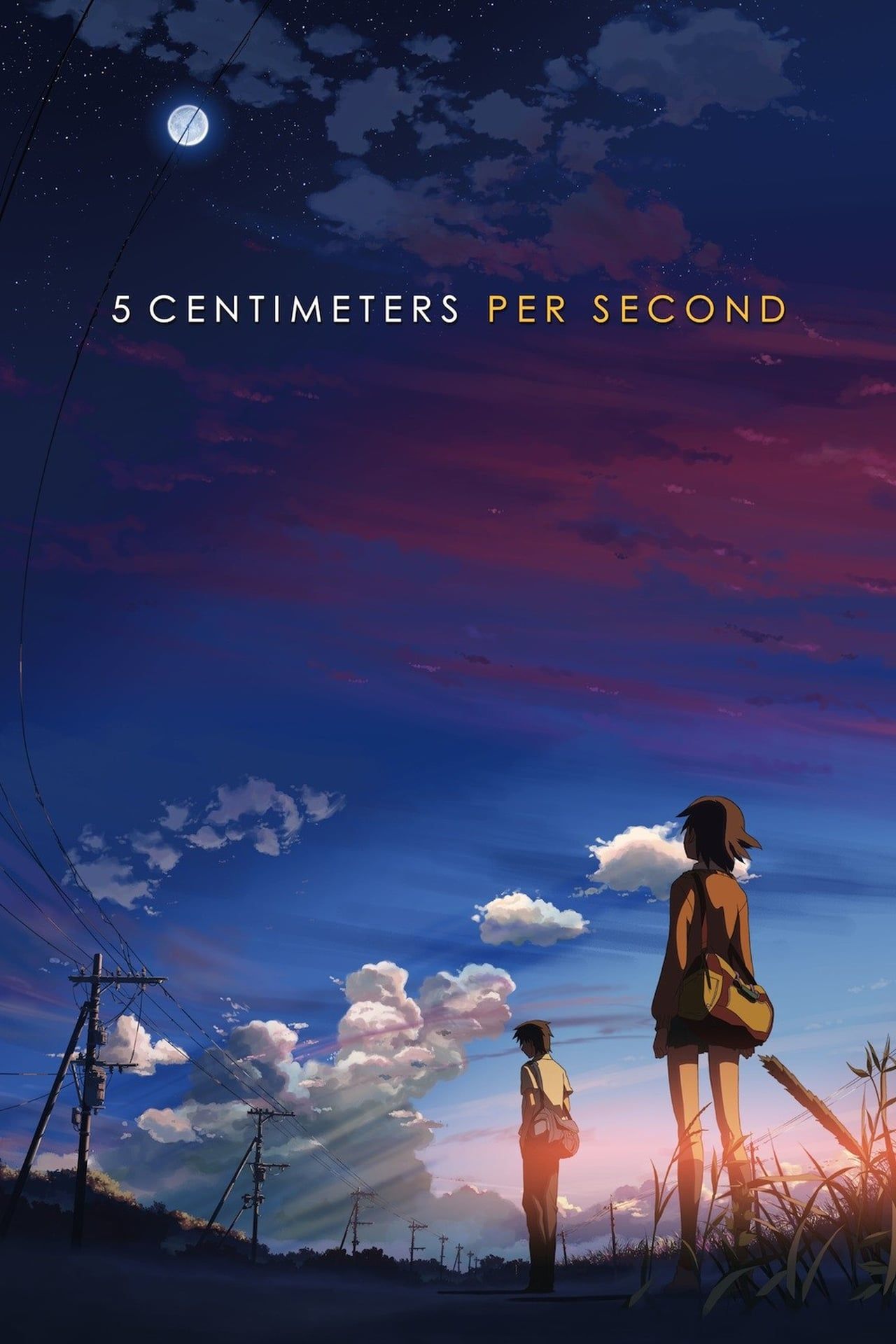 Few people pull off romantic comedies about how people’s relationships change across great distances and over long periods of time like Makoto Shinkai in 5 Centimeters Per Second. For anyone who’s had a long lost love or someone for whom they’ve carried a torch for years and years, despite not living in the same place, this is a film for you.

It might be a bitter pill to swallow, but the saga of Takaki and Akari’s friendship and romance over the course of their meeting in elementary school through adulthood will likely ring true for you in one way or another. This is one of the best non-studio ghibli anime movie ever, make sure to give it a shot.

You may also like: Top 10 Anime Where MC is Betrayed & Comes Back OP!

5. The Girl Who Leapt Through Time 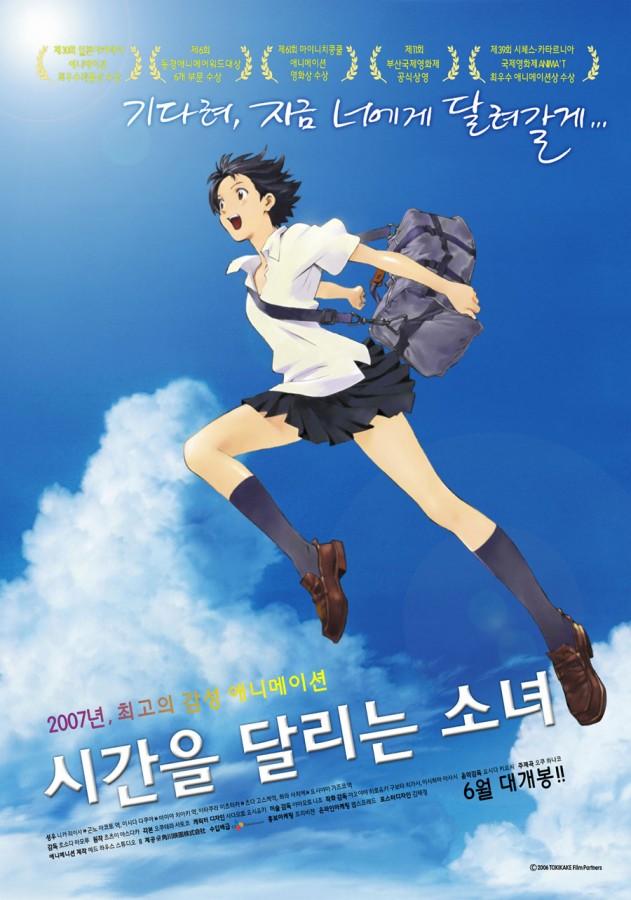 What would you do if you discovered you had the power to travel through time? Would you visit the far-flung future and see if we ever get flying cars? Would you go back to the past and murder baby Hitler, or would you use it to fix minor mistakes to your own selfish benefit? This movie about time travel, stands number five, in non-studio ghibli anime movie.

Probably you will go with Makoto Konno, the star of The Girl Who Leapt Through Time. Except, Makoto is like the heroines of most time travel stories, discovers that her actions have ripple effects and can lead to terrible consequences for others around her. What follows is Makoto using a limited number of leaps through time to try and fix what she managed to break before time itself is irreparably broken. 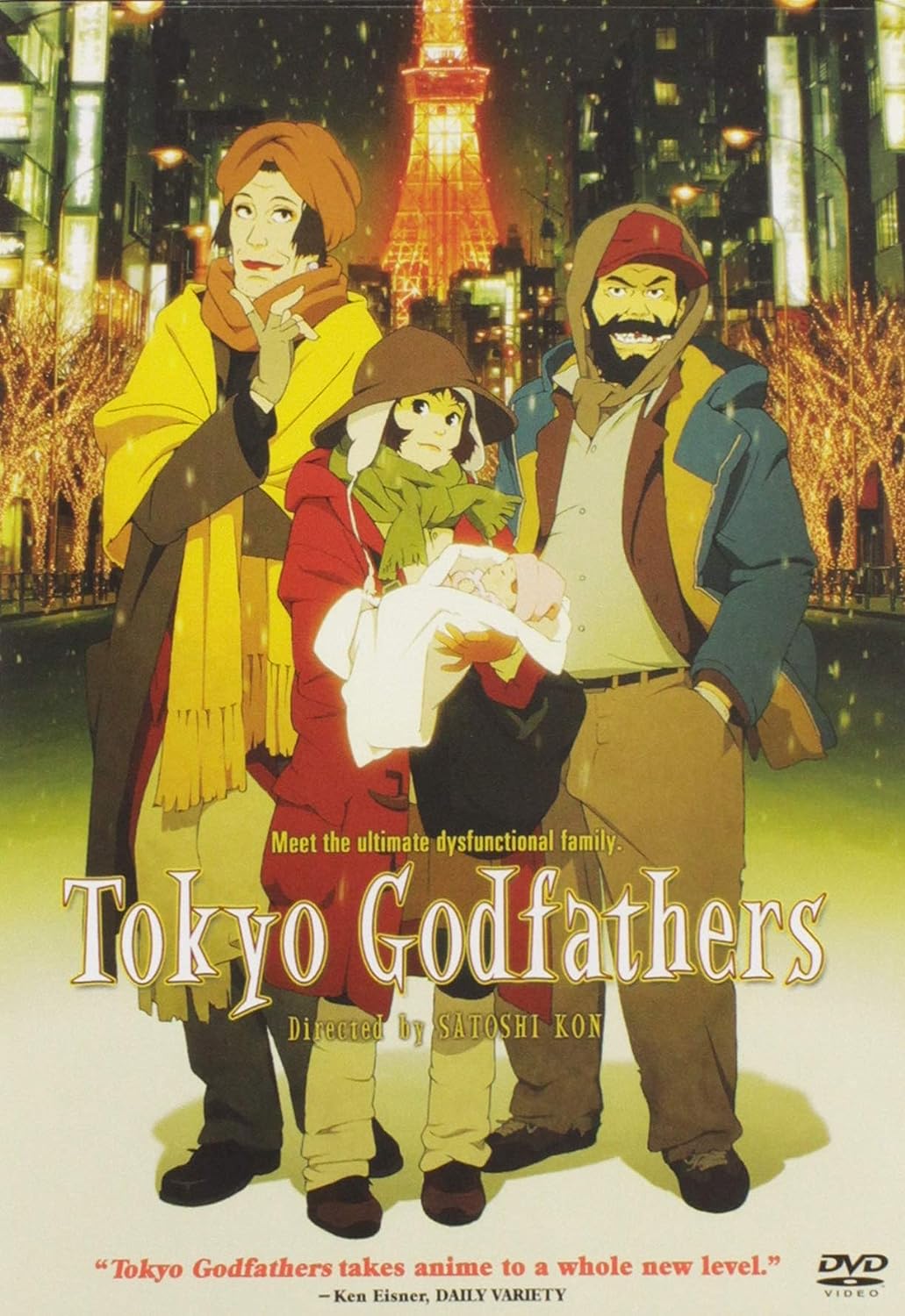 It’s never too early or too late to watch another best Non-Studio Ghibli Anime Movie masterpiece of Satoshi Kon classic. Seriously, he’s like a one-man Ghibli.

Tokyo Godfathers is a beautiful, touching, and impossibly charming movie about the story of three homeless people, an alcoholic man named Gin, a trans woman and former drag queen named Hana, and a teenage runaway girl named Miyuki who discover a newborn baby that’s been abandoned in the garbage on Christmas Eve.

With a train station locker key as their only clue, this unlikely trio sets out to find the baby girl’s parents. Like all Satoshi Kon movies, this is replete with memorable characters, dynamic visuals, and has a real sense of humanity, but Tokyo Godfathers shines a light on a part of Japan than often goes unseen and ignored.

The down trodden and disenfranchised, and in that respect, Satoshi Kon shows us there can be true beauty, and those are some of the best Non-Ghibli Anime movies you need to watch before you die. 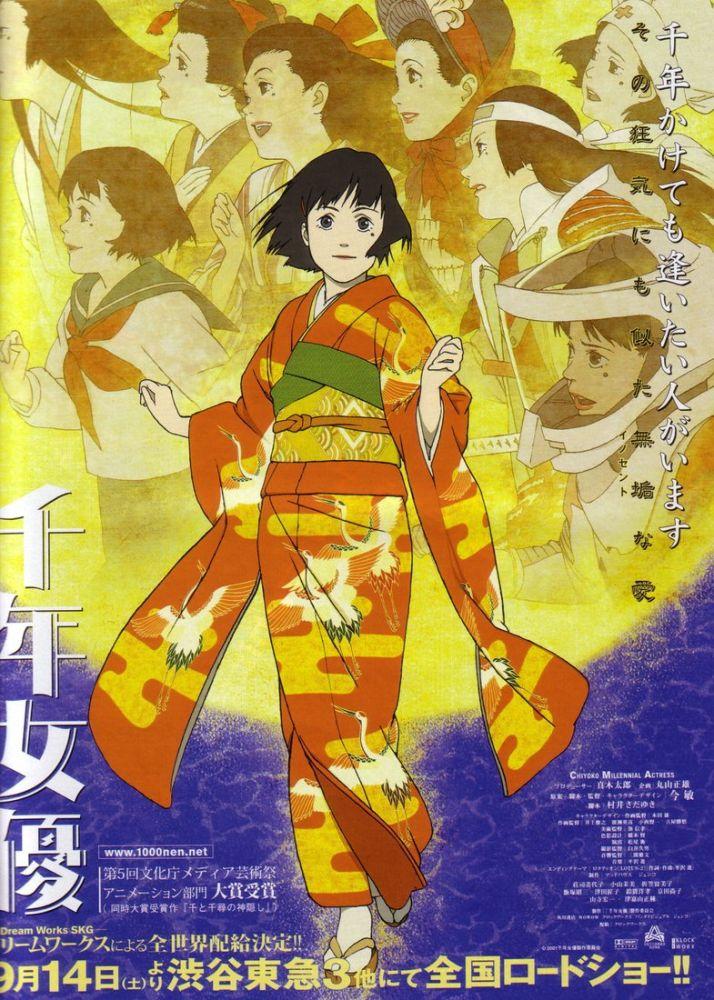 Millennium Actress is also by Satoshi Kon, it’s is about this T.V. Interviewer and his cameraman who go to the house of this really famous actress to interview her. The famous actress, she recounts her the story of her life and gives a lot of detail into a mysterious key that she was trying to track down during her whole career as an actress. This key was given to her, when she was a young girl by a mysterious man.

Basically, she has been in love with this man. As she’s telling the story, we see images from those times and they very smartly intertwine with each other. You’ll have to pay attention to this movie because if you blink you’ll miss a scene, it’s just so uniquely told.

In my opinion this movie is definitely not at all disturbing like Perfect Blue but it is very much in the style of Satoshi Kon and that is in the editing, the story telling. 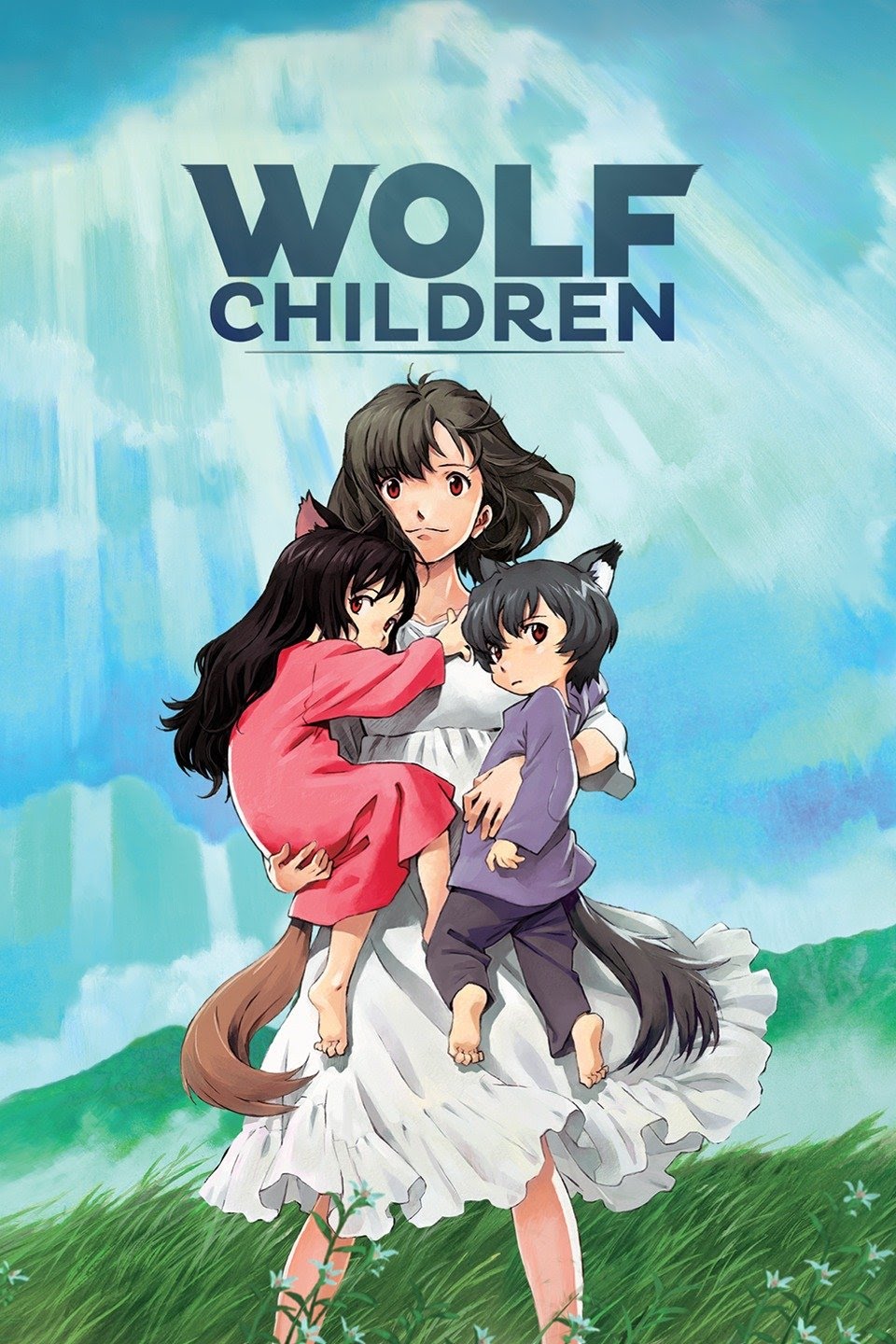 This Non-Studio Ghibli Anime Movie is directed by Mamoru Hosoda. It’s about this woman who in college falls in love with this wolf man. The woman gives birth to two wolf children and after a lot of years of living in the city, being inconvenienced by the fact that they can’t help when they turn into wolves.

And not knowing, if she should take them to the vet or take them to the doctor, she decides to go live up in the mountains with her kids where nobody can bother her. Nobody can find out if their wolves and they can just roam around freely.

Up in the mountains, she be friends with  this little community and they help each other grow their vegetables and stuff like that. Both of our kids, as they grow older they try to find who they really are, if they identify more with their human side or with their wolf side. 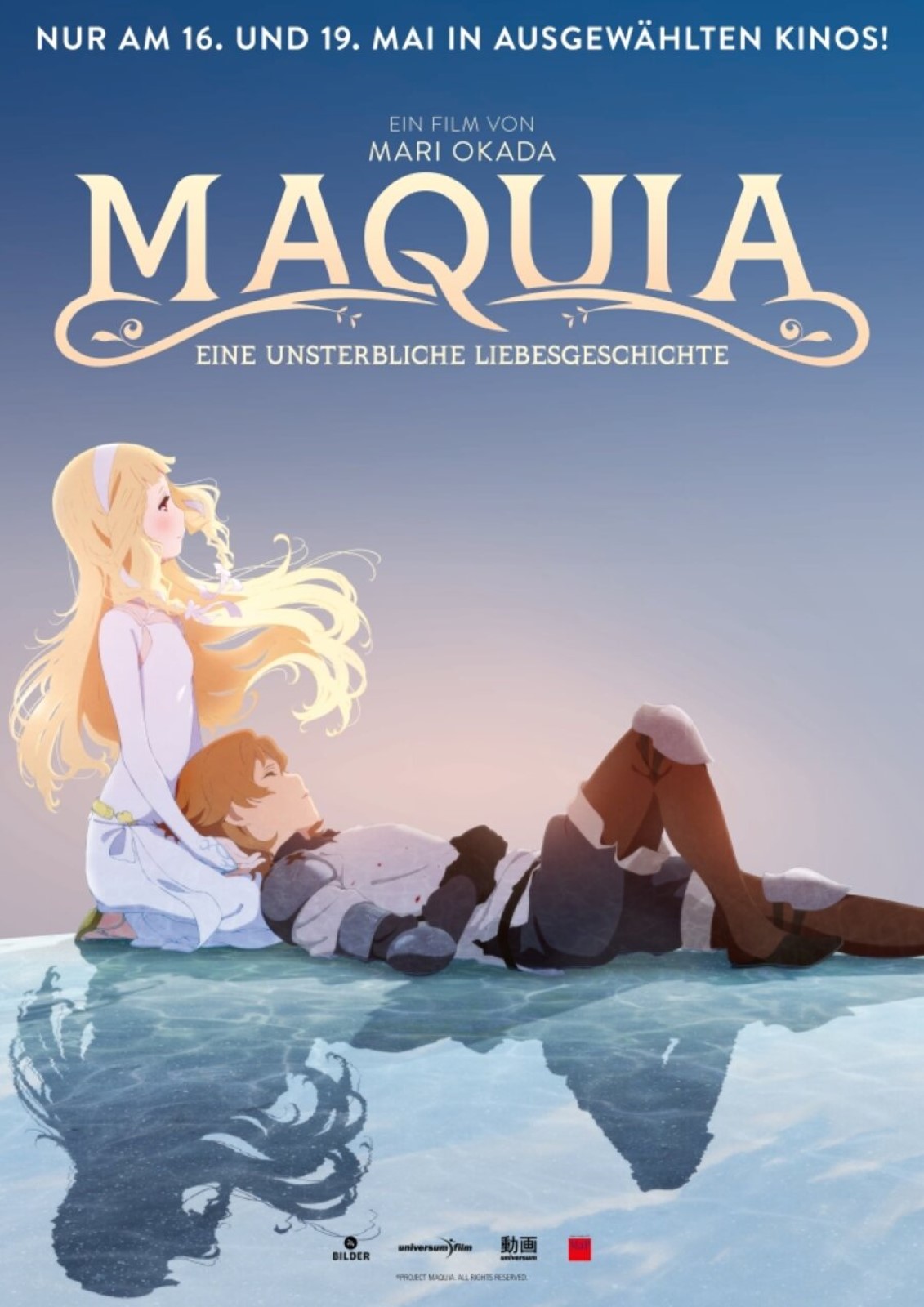 At our number one spot in, the best Non,-Studio Ghibli Anime Movies, Maquia holds the top position. Maquia is a 15 year old, but she will live for a very very longtime. For this reason, she is advised to not fall in love with anyone from the normal world because they will age and she will face heartbreak and loneliness. One day, she finds an orphan baby and she decides to take him as her own, she essentially watches him grow up which of course brings a lot of heartbreak to her life.

This movie is full of fantasy, absolutely stunning, it is dramatic, the music in it is amazing. It’s definitely a lot different from all of the other movies that i’ve mentioned about. The themes of death and family and motherhood are very present in this movie. This movie will bring tears to your eyes if you’re sensitive like me and yeah it’s just a really really beautiful movie.

If I didn’t mention any of Non-Studio Ghibli Anime Movie you think are worth of a place in this list, please let me know in the comments. So, that I can go ahead and watch and add them to this list.

That’s all for the day. Make sure to watch some of these. 51 Best Female Anime Characters You Should Know About!