But don’t worry, I’ve gone through all the hassle and gathered the top 10 best isekai manga with badass Op main characters only for you guys! It’s actually been out for a decent amount of time and it’s fairly popular.

It’s an Isekai with a badass MC, currently with 193 chapters out.

The genres are adventure, action, Isekai, fantasy, shounen, drama and some gender-bender.

So this story is about a guy who made an amazingly overpowered character in his game.

So much so that he basically almost ruled the entire world of that game.

However, he was overthrown which was planned by him and his teammates.

Shortly after, he gets sent into the game and he is now playing his character, which is extremely badass and overpowered.

It’s just a fun read, I would definitely recommend it! It’s another Isekai, adventure, ecchi, action, comedy, fantasy, shounen and slice of life (Jesus that was a mouthful xD).

This sort of has another gaming aspect with an overpowered and badass main character.

However, this one focuses on a bit of a different detail.

Basically the person in the game is a high ranking player and they defeat the final boss. However, the final boss for some odd reason is an actual sentient being.

So in the real world, all the MC’s friends get killed and before the MC gets killed, he is transported into another world where he will not be killed.

Oh yeah, did I mention that this basically is a 40 year old men messing around with the little girls?

Yeah I don’t see anything wrong, this is manga right?

With all jokes aside, I do recommend this one a lot. Currently in 22 chapters and I actually just recently read this and fell in love with it just immediately!

It is actually sort of another spin-off of SAO (Sword Art Online).

So this one pertains to the genres of fantasy, adventure, action, shounen, drama, sci-fi.

And character progression is just muah!

If you like some good, not thick handed characters but more of a where they focus a lot on action and then romance is not really incorporated however it has shown.

Definitely recommend that you read this one!

This story is beautiful.

Just you know the overall struggle of the main character and certain mysteries that you’re really not told.

And basically, most of the plot of the story is the main character still studying a technique which is the main battle style of this world.

‘the secret art’ aspect of it.

And he basically goes to the point where he is one of the strongest people in the game.

However, he does so without realizing it.

So he’s basically this really pure being that doesn’t realize how amazing he is.

Very much recommended, it’s definitely a roller coaster ride if you do like that. It’s very fun to read!

4. Farming Life in Another World Now, I actually tried to stay away from farming life thing.

Because I never really found them interesting and I just thought, well it’s just farming, I can’t really imagine how it’s gonna be interesting.

Currently at 138 chapters, so if you like a good long read please feel free, it’s so fun to read.

And the thing that really attracted me to this one is the way it’s told.

It’s really told from a third point of view, not omniscient but more of a limited style.

And since farming as you may imagine takes a long time, there are time skips etc.

And just as I said since we’re really talking about Op characters, the main character is extremely badass and overpowered with his shape-shifting farming tool.

Basically the story goes like this: The main character chose to farm in another world and God granted him a shape-shifting tool, a body that never gets sick and to speak the local language.

Not something as enthusiastic as you may expect other people to be, but you know those powers actually are very very powerful in this world.

So you know good for him and once again these genres are Isekai, slice of life, harem, comedy, romance, ecchi, adventure, fantasy, Shonen.

So if you like a good harem manga with a couple hundred girls in it, feel free to read.

This is a fun isekai manga read like I said.

5. In Another World, I’m Called: The Black Healer For those who like a little bit of Shoujo, I have In Another World, I’m called the black healer or Isekai de “Kuro no Iyashi Te” tte Yobarete Imasu.

This story is amazing, beautiful!

It’s definitely taking a little bit of a different spin on the hero kind of aspect of this genre of Isekai.

And I’m really just gonna leave you at that because the story is great!

It sort of starts off a bit rocky, however, if you try to stick with it, it definitely works out in the end.

6. Isekai Yururi Kikou: Raising Children While Being an Adventurer Currently at 292 chapters and still ongoing.

The story goes like this: The MC gets transported into another world and he meets these children, now he has to take care of them. And you know, well, it may kind of put you off.

However, I definitely say that this is a cute slice of life kind of thing.

Definitely a very cute read, if you like some cute adorable overpowered children!

7. I’ve Been Killing Slimes for 300 Years and Maxed Out My Level Now, this isekai manga actually caught me a little bit by surprise.

I didn’t expect to like it as much as I did since, you know I’m not usually the biggest fan of female leads.

However, you know after maybe reading a little bit of gender bender maybe, that’s what got me into it.

But however, once I gave this one a try, it made me laugh so many times.

And it’s exactly how it sounds.

Basically, a girl was reborn, after like the title says 300 years of killing slimes from daily routine she ends up maxing out her level to level 99.

Also in the process, gaining a very good reputation of being the witch of the plains. And you know that’s really where the story starts.

Besides, did I mention she has a dragon maid? (and a couple others, like a perverted elf by the way)

And with genres from isekai, comedy, adventure, fantasy and slice of life with currently 33 chapters out.

And these chapters, maybe it’s just me, but they are a bit longer. So if that’s a bit of a turn-on for you, feel free to read that.

8. Kenja no Deshi wo Nanoru Kenja 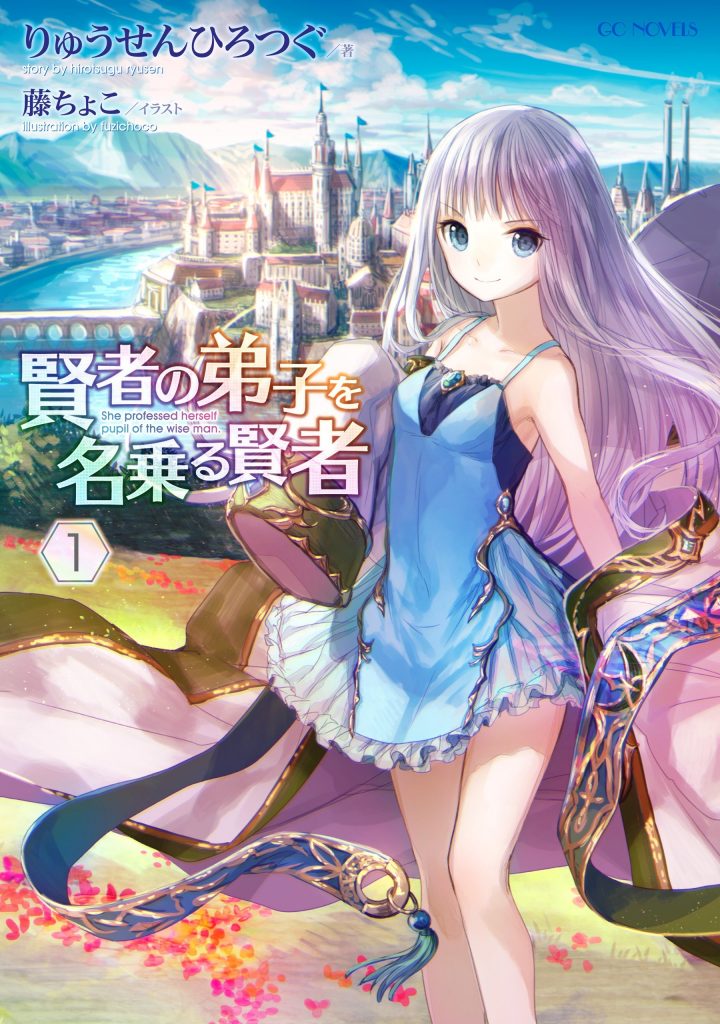 It currently is at 45 chapters and genres are isekai, fantasy, adventure, comedy, shonen, drama to gender bender.

Yes I know it’s another gender bender, which frankly is another good one. It’s a different take on Isekai since the main character’s more of a God.

Basically he’s a guy that got a gotcha thing, that you could change your main character into whatever you can style them. So he ended up testing what

would his character look like if it was a girl.

So he went from like an 80 year old looking old bearded man to a 10 year old Loli looking extremely overpowered character who just basically explores in the name of science.

Definitely would recommend it, this is one of my favorites!

The story’s told very well. If you like a little bit of sarcasm and stuff and you know the male point of view, feel free, it’s a fun read. Now, this isekai manga is actually a very fun read.

Since basically this girl gets transported into another world with a bear suit and a couple billion dollars.

So she’s self sustainable and also everything she does associates with bears.

Currently at 397 chapters and genres from fantasy, adventure, comedy to action and isekai.

This is something that you definitely have to check out. Even though the main character is a guy, his love interest is a girl. Sort of get where I’m going with this.

You know if you’re into that feel free to read this.

The comedy in this is hilarious!

This is a funny as hell story. I never actually got to the last chapter as where it is right now.

So yeah, maybe you can beat me to that and tell me how it is in the comments below.

Okay so that’s all for today guys.

I’ll see you on my next post, see ya! Top 20 Manga/Manhwa Where MC Hides His Identity/Power (You Need To Read Right Now!)