Today we will be discussing the top 10 manga/manhwa where mc is weak but gets OP.

So without further ado, let’s dive straight into the topic. 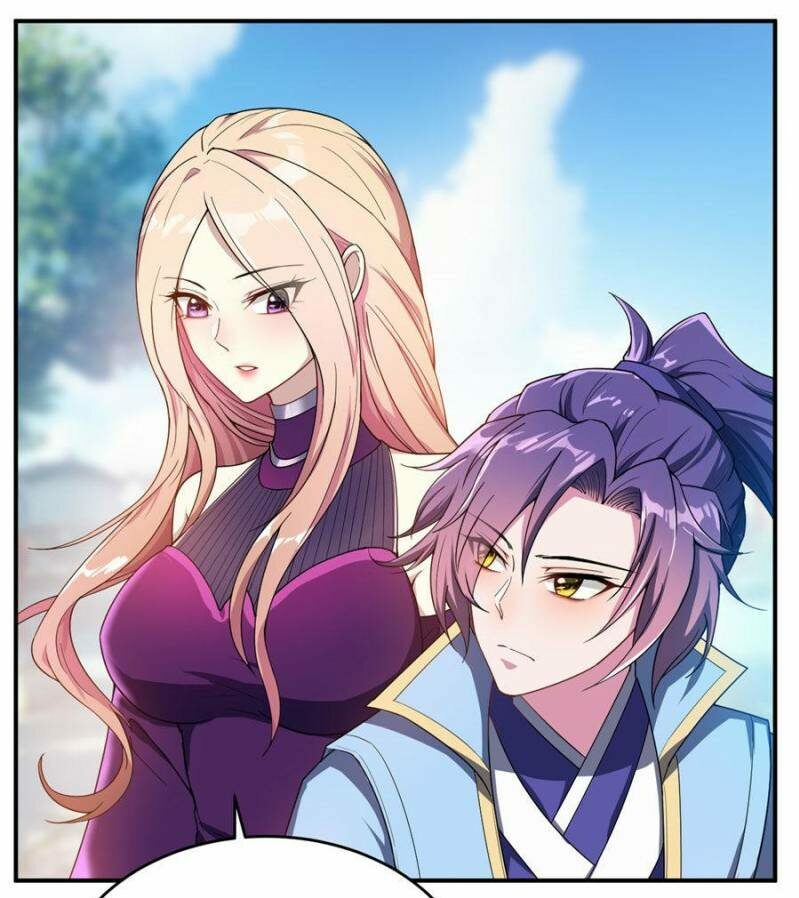 Young Xiao Lang was born with an awakened super spirit power, but he was mistaken for a broken spirit.

After being humiliated and framed, he was forced to leave his family.

You know this is necessary for the main character’s development.

And thus, from then onwards, the main character starts his journey to become strong.

At the start of this manhwa, the main character is very weak, but as the story progresses you will see him getting stronger with every chapter.

This manhwa also has a lot of comedy and we also have a lot of chapters, so make sure to read it! Mu Sung, a young worker at a restaurant dreams of winning the heart of So Yeon, the youngest daughter of a renowned family.

He then decides to become Shinsu Jeil Blade, a term coined after a convicted swordsman who placed beauty above everything.

By a chance of luck, Mu Sung gains a handbook written by a legendary master and receives an unknown power.

When this manga starts, you will see our main character as a very ordinary guy.

You might even think that, is he really the main character?

But after 10 or some chapters, our main character starts learning martial arts.

And after almost 20 chapters, you will see our main character getting good at martial arts.

But after 35 chapters, you will see our main character become a legendary master of martial arts and become really overpowered.

Most people drop this manga because they were not patient enough and wanted to see our main character grow overpowered in just two or three chapters.

The story is very interesting and the art is also very beautiful!

So make sure to read this manga which is the perfect example of how our MC goes from weak to being overpowered. This manga is based on the game world and our main character is an NPC Aiden.

One day, the village of the blacksmith NPC Aiden gets deleted by the hands of the system moderator and as he and his little sister Elise perished, that day he swore to himself:

‘I will destroy the system with my very hands’

It was then a message suddenly popped, ‘You have unlocked moderator permissions, Moderator Level 1’

Aiden wakes up with a new power marking the beginning of his journey as a moderator.

From that point onwards, he starts his journey of revenge.

Now, the main character is very naive and weak at the start of this manga.

But after many chapters, you will see him slowly improving and becoming stronger.

Most of the people drop this manga because they can’t stand a weak main character but in my opinion, you should give some time for the character development.

The art is very beautiful, especially the action scenes.

You will not regret reading it! Fei Li is an urban teenager who lost his parents after a car accident.

Meanwhile, he is brought into a mysterious world about Emperor Star.

This world is not a friendly place, he faces the challenges of an ascender, discovers secret books, ancient martial arts and so on.

At the start of this manga, our main character is naive and weak, but as he gets adjusted to the new environment, you will see him getting stronger and OP.

The art is decent and the story is also decent. Now this manga is very underrated and I have been mentioning this manga many times in my posts.

At the age of 78, Midran, an archmage, is still searching for a way to reach the 8th circle.

Then one day, when he opens his eyes, he realizes that he has certainly turned into a child and he has been transported into a different world.

In this world, all his achievements and all his magic power has been set to zero and he realizes that in this world magic does not exist.

This is a world that is full of martial artists, it is the murim world.

But he vows to become the archmage of the ninth circle in this life.

And so the journey of our main character starts.

In this new world, the art is very unique and the story is also very interesting.

Although the story might get boring at times, it is really very good! Our main character is the 19th prince of a kingdom, but he is also known as the stupid prince, a good for nothing idiot prince.

And why is it?

Because it is said that one day, the ninth prince punched the 19th prince who is also our main character.

And from that day onwards, our main character became known as the idiot prince.

But is that the reality?

Our main character acts as an idiot because he knows that he is very weak.

And in order to survive, the blood path for the successor of the throne, he decides to act like an idiot.

But one day, during his visit to a library, he discovers an ancient wooden box.

And when he opens the box, he realizes that in this box a deity was stored.

He was known as the son of heaven’s teacher.

And from that day onwards, the deity teaches him ancient martial arts and makes him overpowered.

Our main character was very weak at the start of this manga, but after many chapters, you will see him getting stronger and OP.

This manga is definitely worth the read! This is a new manga and it currently has 19 chapters.

A strange relationship begins when orphan siblings meet an old woman who claims to be their grandmother.

But this old woman is actually the superior master of murim who has lost her memory due to a disease.

The woman recognizes the hidden talent of the eldest sibling and starts to train him.

Thus began the journey of the last disciple of the Jinmu Shin-Mo.

This is the boy, this is our main character who is destined to reach the end of the sky.

You will see our main character go from weak to being overpowered by the help of the training that he receives from the master of the murim.

Also whom you will see as a grandmother.

This manga has a lot of potential and the art is also very good! Number 3rd on our list is PanLong, which is also known as Coiling Dragon.

Linley Baruch is a young noble of a declining, once powerful clan, which once dominated the world.

He has large aspirations and wants to save his clan.

Linley’s journey begins with an accident when he discovers a ring he took a liking to.

This ring had a dragon carved coiling around it.

Upon being injured during a battle between two powerful fighters, he discovers that his ring is not what he thought it was and possesses powers beyond his imagination.

When the manga starts, you will see our main character as a bit stronger than his average classmates.

But when he goes out of the village, he realizes how vast the world is.

This manga is the real definition of character development.

Our main character is a naive young boy at the start of this manga.

But after many chapters, you will see him turn into a cold-hearted young man and he becomes so overpowered.

I have read the light novel and it was really interesting.

I am waiting for the new chapters of this manga! The successor of the Spear Master Sect and his apprentice Hyuk Woon Sung were framed for learning a forbidden demonic art.

And were slayed a helpless and pitiful death by the hypocrites of the orthodox sect.

The moment Woon Sung faced his death, the artifact of the Spear Master Sect emitted a light and gave him a new life.

Woon Sung is our main character and this new life which he gets is actually the life of number 900, a trainee of the demonic cult.

The two identities, the Orthodox Sect and the Demonic Cult, he uses both of these in order to take his revenge.

Woon Sung trains in martial arts with the memory of his previous life and the teachings in this new life.

He becomes so overpowered that even the higher-ups of the demonic cult start fearing him.

This is the revenge story of number 900 Woon Sung who faced a bitter end with his master in his first life. On the number 1 spot, we have this wonderful manga known as Legend Of The Northern Blade.

When the world was plunged into darkness by the silent night, martial artists from all over the place gathered to form the northern heavenly sect.

With overwhelming strength from the northern heavenly sect, the silent night was pushed away and the people began to enjoy peace once more.

However, as time passed, the martial artists from the mainland began to conspire against the northern heavenly sect.

And it eventually caused the death of the fourth generation sect leader Jin Kwan-Ho, destroying the sect with it.

As everyone left the sect, Jin kwan-ho’s only son, Jin Mu-Won, who is also our main character was left behind.

Mu-Won has never learned anything about martial arts.

But he eventually finds the martial techniques that were secretly left behind by his father and begins to acquire the martial arts of the northern heavenly sect.

You will see how our main character gets pushed away, how he is humiliated because he is weak.

But when the main character trains and endures all this, he finally pays it a hundred fold to all the enemies and betrayers.

This manga is literally a diamond, so you should definitely read it!

I hope you liked it.

And if you think I left any worthy manga/manhwa which has weak to op mc, then do let me know in the comments below.

Have a very beautiful day!